Home > Latest > The Taliban wants the world’s trust. To achieve this, it will need to make some difficult choices 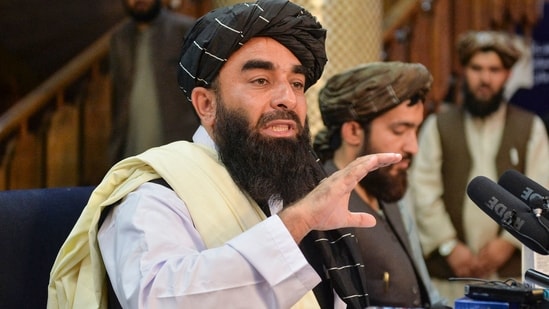 From the hindustantimes.com
Afghanistan, Latest

“We want the world to trust us.”

In the Taliban’s first press conference since seizing control of Afghanistan, this message was intended to allay fears of what a return to power could mean for the country.

In the wake of the Taliban’s stunning sweep across Afghanistan, attention is now focused on whether it can translate its rapid military gains to a political victory. This would require negotiating a governing system that can achieve both domestic and international legitimacy.

The movement’s media-savvy leadership has attempted to downplay fears of the return of its former repressive regime. However, the Taliban has not yet spelled out an alternative political system, aside from offering vague promises of pardons for government and military personnel and that women could continue to participate in society in accordance with sharia law.

In Kabul, which remains under the watchful eyes of the world, the group has largely shown restraint while pursuing an active media campaign. However, there are reports of summary executions, revenge killings of government officials and soldiers, forced marriages of young girls with Taliban fighters, and communications disruptions coming from other provinces.

For many Afghans who remember the previous Taliban regime in the late 1990s, trust will need to be earned.

Who are the Taliban?

The Taliban first emerged in 1994 during the anarchy and civil war that followed the collapse of the pro-Soviet government of President Najibullah in April 1992.

After it took control of Kabul, the movement tortured and killed the president, hanging his body from a pole, and declared a new government, the Islamic Emirate of Afghanistan.

The group attracted international headlines for its violent suppression of women and minorities like the Shi’a Hazaras, as well as the restriction of all civil and political rights. It banned women and girls from attending school and joining the workforce, and prohibited music and photography.

The Islamic Emirate of Afghanistan was led by Mullah Muhammad Omar, a local religious figure with no notable reputation in Islamic law or Afghan politics.

While the Taliban primarily sought to establish its rule over Afghanistan, it also attracted many foreign jihadist groups — most prominently Osama bin Laden’s al-Qaeda. Following the disintegration of the Soviet Union, these groups had shifted their focus to the west, particularly the United States, as their main enemy.

The Taliban relied on brutal and excessive force to dominate much of Afghanistan from 1996–2001. The movement did not develop governance institutions that could provide for political representation — such as establishing a parliament — or perform basic state functions such as delivering social services to the people.

As a result of its repressive policies, it turned Afghanistan into a pariah state. It was only recognised by Pakistan, Saudi Arabia and the United Arab Emirates. These countries saw the group as a proxy to limit the increasing influence of India, Iran and Russia, which were providing support to a coalition of anti-Taliban forces.

The Taliban’s fundamental weaknesses led to its rapid disintegration following the US-led military intervention in 2001.

The movement’s key leaders then fled to Pakistan, where they launched an insurgency against the new Afghan government and US-led NATO forces. After the death of its founder, Muhammad Omar, in 2013, the Taliban selected his deputy, Mullah Akhtar Mohammad, to replace him. He was killed in a US drone attack in 2016.

Since then, Haibatullah Akhunzada has been leading the group, though it has been years since he’s been seen in public. (There were even rumours he died last year due to COVID, which the Taliban denied.)

Much of the international focus has instead been on the leaders in the Taliban’s political office in Doha. This was set up in 2013 to facilitate direct negotiations between the Taliban, the United States and the Afghan government.

Can the Taliban govern with legitimacy?

In its attempts to establish a new government, the Taliban is likely to face some difficult choices.

First, an attempt to restore the Islamic Emirate is likely to cost it international recognition, legitimacy and aid. This will, in turn, weaken its prospect of consolidating its hold internally and limit its capacity to govern.

The challenges facing the group are immense. Afghanistan is on the verge of a humanitarian crisis, exacerbated by COVID-19, a severe drought and a looming hunger emergency. The World Food Program says malnutrition levels are soaring and some 2 million children need nutrition treatment to survive.

The Taliban also needs revenue. The previous Afghan government was heavily reliant on foreign aid. But according to a recent UN report, the Taliban largely finances itself with criminal enterprises, including drug trafficking, opium production, extortion, and kidnapping for ransom. The UN estimates its annual income as anywhere from US$300 million (A$413 million) to US$1.6 billion (A$2.2 billion).

The Taliban spokesperson said in his press conference this week that Afghanistan will no longer be an opium-producing country. Without significant foreign aid, however, the question remains how the Taliban would sustain its emirate if it abandons its main source of income.

Second, if the Taliban embraces a more pluralistic and inclusive political system with fundamental human rights, especially with respect to women, it may face opposition from its more radical factions and rank-and-file members, who have spent years fighting to restore its emirate.

Another important constituency that the Taliban will risk alienating is its regional and global jihadist allies. These groups are now celebrating its victory, but they may turn against the Tablian if it is seen as compromising on its core ideological principles.

The movement has so far avoided dealing with these questions through vague rhetoric. But now it is in control, these issues are becoming urgent priorities.