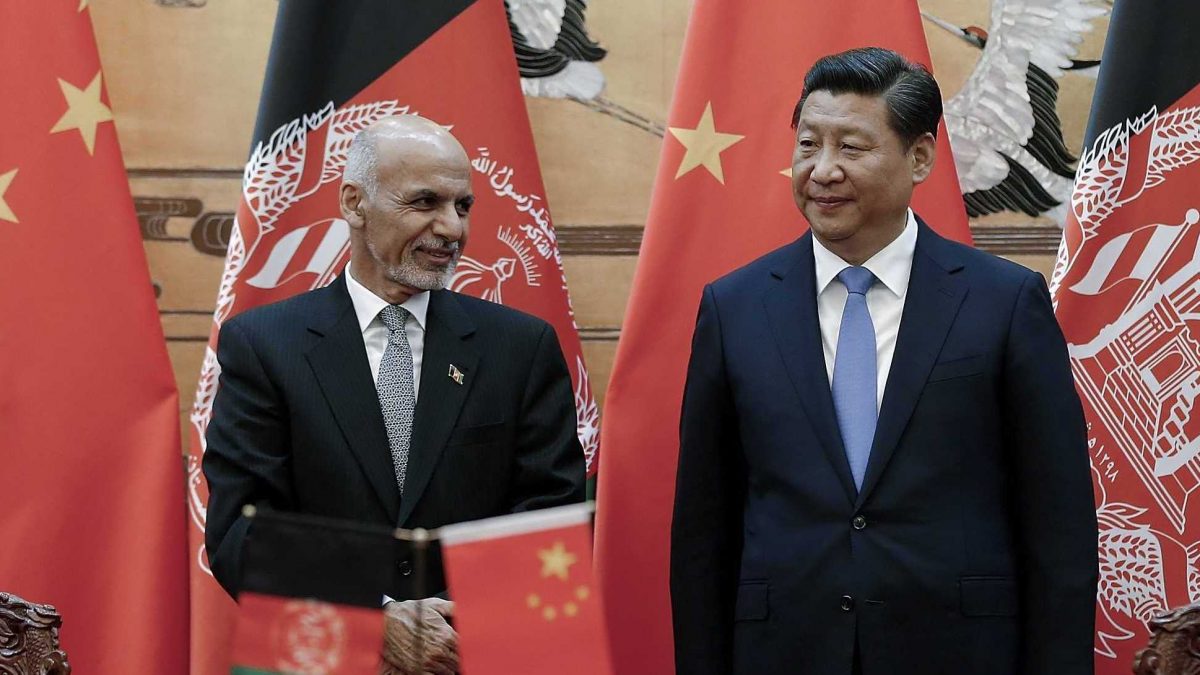 China’s criticism of the US decision to withdraw troops from Afghanistan is likely due to a deterioration in security, which could negatively affect its investments and BRI-related projects.

During his meeting with Afghanistan’s President Ashraf Ghani, US President Joe Biden referred to the withdrawal of US and NATO troops from Afghanistan, which is scheduled to take place in September 2021, but could actually take place earlier, stated that it was for the Afghan people to decide their future. The US and NATO forces have left Bagram airbase in Afghanistan, the epicentre of the war against the Taliban and al-Qaeda for two decades. The Afghan President thanked the US for its support and said that Biden’s decision could have a major impact on both countries.

Biden assured the Afghan President that US support to Afghanistan would continue. A White House Statement said:

Our strong support and partnership is designed to prevent Afghanistan from ever again being used as a safe haven for terrorism; maintain Afghan stability and build self-reliance; promote economic growth; preserve social gains in education, health and women’s empowerment and the rule of law; protect the rights of women, girls, and minorities; bolster Afghan civil society; and respond to humanitarian needs.

Since 2002, the US has provided not just security assistance and civil assistance but also humanitarian assistance and support for Afghan girls and women. Notably, Biden has sought US$3.3 Billion ($4.4 billion) for the US Defence Department’s Afghanistan Security Forces Fund and the US will provide 3 million doses of the Johnson and Johnson vaccine to assist Afghanistan in its fight against Covid-19. Afghanistan has had over 100, 000 cases and 4,000 deaths as a consequence of the current pandemic. as the US also pledged US$266 million ($356 million) in the form of humanitarian assistance.

The US’s decision to withdraw from Afghanistan has drawn criticism from some US policy-makers as it could have serious negative consequences. Former US Secretary of State, Hillary Clinton, is among those who have flagged the possible ramifications, pointing to a rise in violence and a ‘resultant outpouring of refugees from Afghanistan’ as two probable outcomes. There has been an increase in violence since the US announcement; on 29 June 2021, for instance, the Taliban launched an attack on Ghazni, clashing with Afghan forces in an attempt to capture the city.

China’s Reaction to the US Withdrawal

The security and stability of Afghanistan and the region are facing new challenges, with foreign troops’ withdrawal from Afghanistan accelerated, the peace and reconciliation process in Afghanistan impacted, and armed conflicts and terrorist activities becoming more frequent.

China’s Worries Regarding the US Withdrawal of Troops

Analysts attribute China’s scepticism to a number of reasons. First, battle-hardened US troops in Afghanistan could be positioned closer to China in the Indo-Pacific. More importantly, China, whose economic presence in Afghanistan has grown in recent years (specifically after the withdrawal of NATO troops in 2014), is worried about the security implications in the aftermath of the withdrawal. Beijing fears that the troop withdrawal could lead to a spill-over of Islamist insurgency into Xinjiang and Afghanistan becoming a safe haven for the East Turkestan Independence Movement. China has, therefore, reached out to the Taliban. While Beijing would have no qualms in extending unconditional support to them, it would want a clear assurance that the Taliban will not support the Uighur separatists, which is a complicated part requirement.

Afghanistan is rich in natural resources and Chinese companies have been involved in several projects related to natural resources and infrastructure, such as copper mining in Logar Province, road construction in the northern areas and oil exploration in the north. For security reasons, projects such as those related to oil exploration in the North as well as copper mining have slowed down. Only recently however, Chinese companies have evinced interest in investing in the energy sector; coal-fired power plants could move Afghanistan from its dependence on hydro-electric power from neighbouring countries. Afghanistan has also begun work on a 50-kilometre highway in the Pamir region through the Wakhan Corridor, which will connect with China. This project is important because it is the first land route for Afghanistan to Beijing, and will enable China to export raw materials from Afghan mines which have not been tapped so far. This route will also enable China to invest in the mining sector.

Afghanistan is also an important component of China’s vision for its Belt and Road Initiative, specifically the China-Pakistan Economic Corridor (CPEC). For Afghanistan, being part of the CPEC could boost its economy and make it for a trade hub for Central Asia and Europe. For logistical reasons and, more recently, the outbreak of the pandemic, however, progress has been slow with regard to Afghanistan-related BRI projects. Some important steps in the direction of Afghanistan being part of the BRI include the first rail freight link between Afghanistan and China in 2016; in 2017, Afghanistan became part of the Asian Infrastructure Investment Bank and the highway being built through the Wakhan Corridor, which is likely to be an important factor in the Sino-Afghan relationship.

Determined not to upset their potential partners, after the attack on a girls school in Kabul which killed over 60 people, China attributed the surge in terror attacks to the US announcement relating to the withdrawal of troops from Afghanistan. Beijing also said, that troops should take into account the security situation and pull out in a responsible manner.

There have been numerous discussions on the vacuum likely to be created by the US troop withdrawal and its security implications, it is necessary for countries to put aside their rivalries and develop a cohesive strategy. While it is easy to think in zero-sum terms and from a purely security perspective, it is important for all stakeholders to work towards ensuring security as well as economic prosperity in Afghanistan. Beijing and Washington both need to show flexibility and find common ground rather than indulging in a blame game. BRI-related projects in Afghanistan and Chinese investment need not be viewed with suspicion while Beijing, for its part, should adopt a constructive approach vis-à-vis the role of the US and other Western countries in Afghanistan.