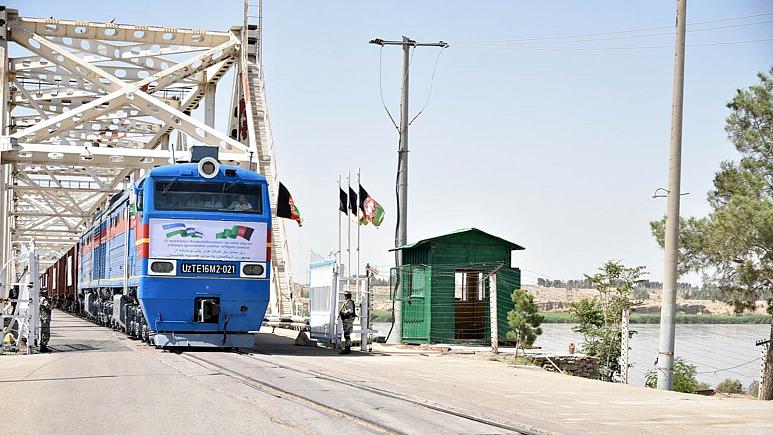 By: Center for Economic Research and Reforms

Uzbekistan’s foreign policy, which is aimed at rapprochement and strengthening friendly and mutually beneficial relations with neighboring states, has created a solid foundation for the development of trade and other economic and investment cooperation between Central Asian countries.

Favorable conditions for mutual trade have been created between Central Asian countries within the framework of the following trade agreements:

All Central Asian countries, except for Turkmenistan, have been part of an “agreement on a free trade zone of the CIS,” since 2011. This allows the participating countries to be free from import customs duties toward each other.

Kazakhstan, Kyrgyzstan and Tajikistan are members of the WTO. Uzbekistan is actively negotiating for WTO membership. Turkmenistan in 2020 received observer status in the WTO.

Kazakhstan and Kyrgyzstan, as members of the EAEU, are in a common customs space.

Although Central Asian countries are open to international and regional trade, labor and capital moves on multiple levels. They have great potential for building closer partnerships and integrated interactions with each other.

The share of intraregional trade in the total foreign trade turnover of Central Asian countries was 8.4%.

At the same time, it should be noted that the participation of Central Asian countries in mutual intraregional trade varies.

The share of Kazakhstan and Turkmenistan in the volume of trade between Central Asian countries is lowest, with total trade turnover at 5.5% and 4.5%, respectively. The participation of Tajikistan and Kyrgyzstan in intraregional trade is the highest 28.3% and 21.0%, respectively. Uzbekistan occupies an intermediate position with an indicator of 13.3%.

The foreign trade of Kazakhstan and Turkmenistan is less focused on the regional market due to the predominance of hydrocarbons in their exports, which are mainly supplied to non-CIS countries (European countries, China, Russia) and most of the imported goods also go to these countries.

Due to the fact that the majority of the commodity exports of Central Asian countries are fossil natural resources, regional trade with each other occurs to a much lesser extent than sales to countries outside the region.

In particular, in 2020 the share of gold in total exports of Tajikistan was 58.1%, Kyrgyzstan 50.2% and Uzbekistan 38.3%, which is supplied to Switzerland or Great Britain. About 66% of exports of mineral products from Kazakhstan are supplied mainly to Europe. The main share of Turkmenistan’s exports, 70-80%, goes to China, where Turkmen natural gas is mainly exported.

In this regard, the share of mutual trade between Central Asian countries is much higher if their exports of raw materials (oil, gas and precious metals) to third countries are not taken into account.

At the same time, Central Asian countries have great prospects for increasing the volume of intraregional trade in finished goods, which meets the interests of all countries in the region.

The creation by Central Asian countries of regional value chains, including industrial and agricultural clusters, will contribute to an increase in the number of joint ventures for the production of finished goods that can be exported to third countries.

Regional integration will help reduce the costs of producers and promote the production of goods that are competitive in foreign markets. In addition, when the Central Asian countries carry out trade operations within the region, they have the shortest distances to deliver goods, which gives them advantages in savings on transport costs.

It should be noted that all countries in Central Asia are interested in increasing export volumes and diversifying their foreign trade, entering new foreign markets, as well as creating and using new transport routes.

Uzbekistan’s trade volume with South Asian countries in 2020 was $1.38 billion or 3.8% of the total foreign trade.

In the commodity turnover of Uzbekistan with the countries of South Asia, the largest volume goes to Afghanistan (56.2%), India (32%) and Pakistan (8.9%). Trade with the Maldives and Nepal is insignificant, while there is practically no trade with Bhutan.

There is also a plan to implement the investment in the “construction of a 500-kW power transmission line” in Surkhan-Puli-Khumri in Afghanistan. The length is 260 km and the cost is about $150 million, and will be accomplished with loans from ADB and $45 million financed by Uzbekistan. This transmission line will connect the power system of Afghanistan to the unified power system of Uzbekistan and Central Asia.

In November 2020, Uzbekistan’s president signed two important documents concerning Afghanistan: The decree “on measures to further expand and strengthen economic cooperation with the Islamic Republic of Afghanistan” and the decree “on measures to further develop the activities of special economic and small industrial zones in the Surkhandarya region and the city of Tashkent,” which create new legal conditions for strengthening economic cooperation with Afghanistan.

The documents provide for the signing of an agreement on preferential trade between Uzbekistan and Afghanistan and will bring the annual volume of mutual trade to $2 billion by 2023.

For these purposes, a free trade zone, the “International Trade Center Termez,” is being created in the territory of Termez with Afghanistan, with an appropriate logistics infrastructure and a special visa-free regime.

The construction of the railway will significantly reduce the time and cost of transporting goods between the countries of South Asia and Europe through Central Asia.

India ranks second in terms of Uzbekistan’s trade with South Asian countries. At the same time, Uzbekistan’s export volumes lag significantly behind imports, which mainly consist of pharmaceutical products in demand in Uzbekistan.

Uzbekistan’s imports from India are growing mainly due to the growth of purchases of “pharmaceutical products,” which is 47% of the total share.

At the same time, investment cooperation in the pharmaceutical sector is successfully developing with India; joint ventures have been created in the territory of the “Andijan-Pharm FEZ.” Branches of the Indian universities “Amity” in Tashkent and “Sharda” in Andijan were opened to train IT specialists.

In recent years, trade and economic cooperation between Uzbekistan and Pakistan have begun to develop actively and the volume of exports of finished and agricultural goods has increased.

In the structure of Uzbekistan’s exports to Pakistan, food products make up 81%, textile products 10.5%, services 3.5%.

Furthermore, Uzbekistan is interested in expanding cooperation with Pakistan in the transport sector and joint implementation of the above project for the construction of the Mazar-i-Sharif–Kabul–Peshawar railway line.

Kazakhstan’s trade in South Asia is mainly with Afghanistan, India, Pakistan, and less with Bangladesh and Sri Lanka. In 2020, its foreign trade volume was more than $2.3 billion–or 2.3% of Kazakhstan’s total foreign trade turnover.

Kazakhstan mainly exports oil (about 50% of its export volume), chemical elements and their compounds (ferroalloys, titanium, phosphorus), as well as silver in the form of powder to India.

Kazakhstan is also interested in the development of the north-south transport corridor and the use of the Iranian port of Chabahar to increase trade with India and other countries of South Asia.

Kazakhstan is a major supplier of food products to Afghanistan, such as grain and flour products.

At the same time, Kyrgyzstan–together with Tajikistan–is interested in the implementation of a project for the delivery of electricity from Central Asia to South Asia through the CASA-1000 (Central Asia – South Asia) transmission line. The project plans to supply 2 billion kWh of electricity from Kyrgyzstan and 3 billion kWh from Tajikistan to Afghanistan and Pakistan from April to October every year.

In February 2021, Kyrgyzstan plans to begin the construction of power lines on its territory within the framework of this project.

It should be noted that the total cost of the CASA-1000 project is about $1 billion.

The foreign trade turnover volume of Tajikistan with the South Asian countries amounted to $185.2 million or 4.0% of its total turnover in 2020.

Due to its geographical position, Tajikistan is interested in the development of alternative transport routes, including through South Asian countries, particularly Afghanistan and Pakistan.

The nearest seaport for Tajikistan is the Pakistani port of Karachi (2.7 thousand km), while the distance to the Iranian seaport of Bandar Abbas is 3.4 thousand km.

In 2021, Tajikistan plans to complete the laying of power lines on its territory within the framework of this project. Currently, Tajikistan annually exports to Afghanistan up to 1.5 billion kWh of electricity.

The main share (70%) of Turkmenistan’s exports to Afghanistan consists of mineral products (oil products and natural gas). In October 2020, the following agreements were signed between Turkmenistan and Afghanistan:

An important project of Turkmenistan–with the participation of South Asian countries–is the Turkmenistan-Afghanistan-Pakistan-India (TAPI) gas pipeline, with a capacity of 33 billion cubic meters of gas per year.

The consortium for the construction of TAPI includes the state concern Turkmengaz (owns a controlling stake), as well as Afghan, Pakistani and Indian gas companies.

Turkmenistan planned to complete the construction of the TAPI gas pipeline on its territory in 2020, and in 2021 begin laying the pipeline in Afghanistan.

Central Asian countries are actively cooperating with India and Pakistan also within the framework of the SCO. In addition, India is negotiating a Free Trade Agreement with the EAEU, which includes Kazakhstan and Kyrgyzstan, and with Uzbekistan to conclude a Preferential Trade Agreement.

At the same time, the increase in trade with Pakistan and India largely depends on the creation of reliable routes for the delivery of goods. The project for the construction of the Mazar-i-Sharif—Kabul–Peshawar railway occupies a special place and will significantly reduce transportation costs of cargo between the countries of the region.

Therefore, the main promising areas of cooperation between the countries of Central and South Asia are new transport corridors that will provide access for Central Asian countries to the southern seaports, cooperation in the energy sector (export of electricity, natural gas, oil products), encouragement of mutual investments, as well as the expansion and diversification of foreign trade.

It should be noted that Afghanistan, which is a bridge between the two regions, will contribute to the further development of economic cooperation between the countries of Central and South Asia.

In this regard, the implementation of transport and energy projects in the territory of Afghanistan will create conditions to expand opportunities for building up trade, economic and investment ties, and strengthening transport and communication interaction between the countries of Central and South Asia.

Source Center for Economic Research and Reforms in the Republic of Uzbekistan
Tags #Central Asia #Economics
Must Read, World